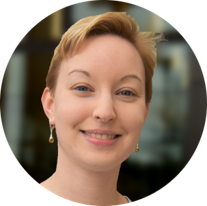 I am an evolutionary and molecular biologist with a particular interest on studying host/symbiont interactions, from the phenotypic level to the genomic aspects of the interaction. I have completed my PhD degree in France (Université de Poitiers, December 2012) focusing my research on the immediate and evolutionary consequences of symbiont horizontal transfers on host life-history traits, using the  Wolbachia-woodlouse model. I have investigated patterns of virulence to the invertebrate hosts following injection of different strains of the intracellular bacteria Wolbachia from related host species, as well as the impact of transmission mode (vertical vs. horizontal) on the evolution of Wolbachia‘s virulence.

Since March 2013, I am part of Dr. Tim Anderson’s Lab at the Texas Biomedical Research Institute as a Postdoctoral scientist first then as Staff Scientist. My current research focuses on studying the human blood fluke schistosome, the most important of the helminth parasites infecting humans. This parasite infects 200 million people and leading to an estimated 200,000 deaths each year. I aim to decipher the genetic basis of multiple biomedically important traits in this parasite like drug resistance or transmission/virulence traits:

Schistosome snail host microbiome. I am the co-lead of a pioneering schistosome snail host microbiome project, where we investigate the diversity and abundance of microorganisms within the hemolymph (i.e. blood) of Biomphalaria snails. We highlighted significant differences in microbiome composition at the level of individual snails, snail populations and species. We have also established a snail organs microbiome atlas and we are currently investigating the impact of schistosome infections on the snail microbiome. Understanding the role of microbiome in the snail-parasite interaction can lead to a better control of parasite populations, especially if some specific bacteria help snails to resist to the infection. 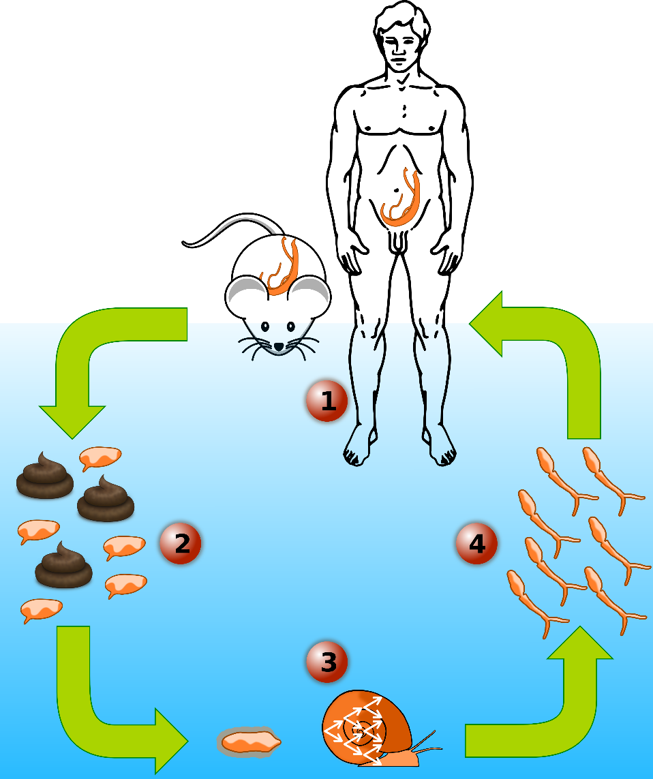 Schistosoma mansoni lifecycle:
(1) Male and female adult worms are found in portal vein. Fertilized female worms migrate in the veinules draining the intestine to lay eggs which then pass through the intestine wall to the lumen.
(2) Eggs are excreted with feces and hatch in fresh water.
(3) Motile miracidia actively seek the snail intermediate host, penetrate the body wall, differentiate into sporocysts, and proliferate asexually.
(4) One month after infection, snails release motile clonal cercariae into water. Cercariae penetrate the unbroken skin of a mammalian host, and migrate through the bloodstream to the hepatic portal system where they mature into adult worms 45 days after infection. In the laboratory, the entire lifecycle takes 75-90 days to complete. We are using rodents (hamsters or mice) as definitive hosts.